Tall in stature, with a true moral compass, Rich Salgado known as “Big Daddy” to his friends, family and fans has been a champion for most of his life. Now with his winning outlook he is championing a charitable cause for a devastating disease that nearly took his life.

So on June 24th, Rich will be hosting the “Second Annual Big Daddy Celebrity Golf Classic” (www.bigdaddygolfclassic.com), which raises awareness and funding for the North Shore-LIJ’s Brain Aneurysm Center at Cushing Neuroscience Institute in Manhasset, NY and The Long Island Children’s Museum.

Adding to the event are Scott Rechler (RXR Realty) and Michael Strahan formerly of the New York Giants and co-host of ‘Live! with Kelly and Michael’ who are close friends of Salgado and being honored for their support.

“Rich has been a great friend for as long as I can remember,” said Strahan. “He has always supported me on and off the field as a player, and now in my new ventures. I know how big Rich’s heart is and how pure his intentions are, so when he asked me to support his charity I had no choice but to join him.”

Born in Corona, Queens Salgado, a strapping 6’4”, with a Peruvian father and Dominican mother, was the first in his family to attend college with a full scholarship to the University of Maryland (U of M). His early passion for sports, knowledge, self-discipline and determination would later prove to be a winning combination for his success in not only business but life in general.

One would assume that Rich should have been a natural for the high school basketball team, but that was not the case.

“Actually my growth spurt started my senior year in high school when I went from 5’11” to 6’4” in a year,” Rich recalled.

Besides, his attention had turned to football early on when he attended the New Hyde Park Memorial High School on Long Island, where the tradition was to be a football player.

“On my block there were six kids who received scholarships to play major college football and when we played, we were always the biggest team on the field,” remembers Rich. “The joke growing up was that there was something in the water, but I personally think it was the Umberto’s Pizza!”

After graduating high school in 1984, Rich went on to play ball for four years at U of M where he earned the ”Big Daddy” moniker but as life would have it, he did not go on to play pro ball.

“I wasn’t disappointed because I lived football for so many years and with my business now I’m more involved with the game than if I was playing.”

When he left college in 1988, he went to work recruiting players for prominent sports agents, Tom Reich and his nephew Stephen Reich, who worked with baseball and hockey players, along with football agent, Ralph Cindrich. Even at a time of stiff competition when some sports agents were unethically advancing money to college athletes to prematurely sign pro contracts, Rich was building a stellar reputation as an honest agent taught well by his bosses.

”We competed by having great reputations and client names to prove our abilities,” Rich said. “I learned to deal with athletes on a more personal level and I developed some outstanding relationships.”

When an old friend introduced Rich to the insurance business, he decided to change professions, because he felt that it would allow him the flexibility to virtually work with anyone in any business.

“My chance for growth was much greater, as I became open to the whole universe and I’m not ‘married’ to anyone – I’m my own boss,” said Rich. “My friend moved on but I decided to stick it out in a field that takes at least five years to figure out if you’re even going to make it or not.”

Since the insurance industry works on straight commission, most people find it difficult being paid strictly on their sales and prefer the consistency of a salary.

“I originally had a class of about 100 students which by year one was down to 30; and by year three, dwindled to four people,” recalled Rich.

“It is a very tough business because the insurance person has this reputation of being a seller of whatever makes them money and then they’re on to the next client,” Rich states. “I think I do a really good job of making everyone understand that I am a very important person in their daily lives. And I use my own personal experiences to illustrate to them how important being insured is.”

He vows to only sell his clients those products that he or she needs and pledges to use the best insurance products available from different companies. He’s also always there to help his clients when it is time to collect on a policy.

Rich’s favorite line: “I work for the client,” he adds. “I want people to know that I don’t only work with celebrities and sports figures”, [Such as, Tiki Barber, Reggie Bush, Jeremy Lin, Matt Hasselbeck, Melissa Joan Hart and Jason Kidd and Michael Strahan], “but I also work with my mailman, my pizza [parlor] owner and my deli guy. I’m not better than anybody, but I am here to help everyone.”

After Rich suffered a brain aneurysm in September of 2008 he miraculously recovered and founded the charity.

“I had jumped in a pool in the Hamptons and my ears became clogged,” he said. After his doctor, Steven Kobren, couldn’t successfully unclog the left ear he became suspicious and asked Rich to get an MRI and ARI. It was then discovered that he’d had one of the largest aneurysms the team of doctors there had ever seen and was immediately sent to surgery.

“Here I was this big strong athlete that felt invincible, but I’ve been to hell and back, chopped down by a force much greater than you would imagine” said Rich. “But I’m here today due to the outstanding medical care I received at North Shore-LIJ,” he said. “Dr. David Chalif and Dr. Avi Setton, co-directors of North Shore-LIJ’s Brain Aneurysm Center, operated on me and consequently, saved my life. I owe both of these men a great deal of gratitude!”

During Rich’s recovery he attended an event at the brain aneurysm center that inspired him greatly.

“I got to meet some of the young patients and it brought tears to my eyes to see these kids with huge scars, in wheelchairs or bed-ridden,” He lamented. “I was really disappointed for them, but I was lucky to get a second chance at life because of the great work being done at LIJ. God was good to me,” Rich said. “If life ended for me tomorrow I have been able to do things that most people will never be able to do; and I have met some of the greatest people and created wonderful relationships.”

In an effort to help the young patients Rich decided to reach out to his friends, clients, associates (and anyone else who enjoys a good game of golf) to support a great cause through attendance of the Big Daddy Celebrity Golf Classic.

“It’s an absolute pleasure to be able to help his charity, as it helps so many others and is a true representation of Rich’s character,” said Strahan.

The money raised from last year’s event was used solely to support the Brain Aneurysm Center’s clinical and research programs, which saved many precious lives. Since the premier event was such a great success, Rich set up the Big Daddy Foundation and included another great cause as a benefactor; The Long Island Children’s Museum (LICM) which he was introduced to by his friend and honoree Scott Rechler.

“Big Daddy and I became friendly about five years ago through business discussions and quickly realized that we both had the same commitment to community,” said Scott. “We decided to collaborate on supporting a handful of charities where Big Daddy leveraged his sport/celebrity relationships and I leveraged my business relationships. The LICM was a natural charity for us to work on as it focused on supporting children, education and the Long Island community (the place we both call home).” Rich added, “Over the years I have come to learn what incredible work they do in the community for those in need.”

To help his causes, Big Daddy garners a great deal of media attention — from his debut on ESPN NFL 32, his Wall Street Journal and Sports Business Journal features and his pre-Super Bowl appearances on Fox & Friends, serving as a sports and business correspondent.

“I go to the [Super Bowl] events, film them and interview guests, clients and friends,” said Rich. “Then the next morning I go on the show and talk about the experience.”

During the NFL draft week Rich also appears on TV with his clients who are about to be drafted, to discuss how Coastal Advisors LLC insurance protects them while they’re waiting. On other broadcasts, he talks about coverage issues that come up at different times during the sports season and is considered a leading expert in the field of insurance.  He is also now in negotiations with Fox to host a show on the Fox Sports One Channel and is part owner of the new privately-funded, Ferraro Brothers Hockey Rink, which recently broke ground in Eisenhower Park.

As for his personal life, Rich strives to serve as a father figure to all of his athletes, as well as protector and confidante. However he still holds out hope that one day he will have a child of his own.

“My clients are my kids right now, but I’m working on it. “Spoken like a true Big Daddy, “I’d love to continue my last name and the family legacy.” 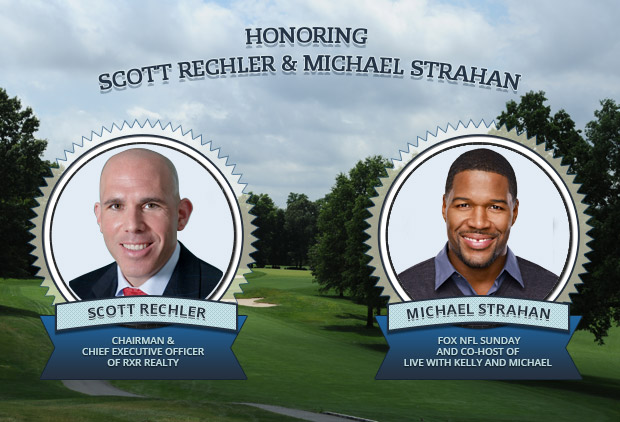 Cara Quici on the release of her highly anticipated remake of the Beastie Boys hit, “Fight For Your Right (To Party)”.

BIG DADDY, KING FOR A DAY